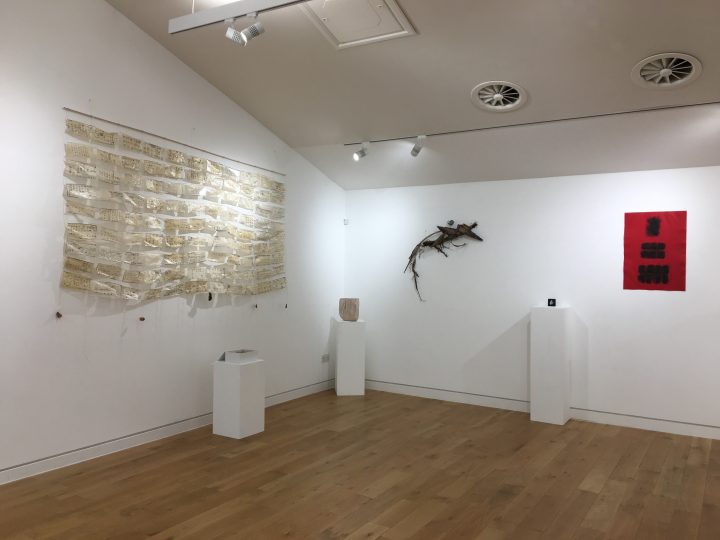 A Museum for Ennigaldi
A joint exhibition with Marilyn Kyle www.marilynkyle.com

Both are multi – media artists with a shared interest in installations. Individually they have installed work in National Trust houses, churches, churchyards, castles, public gardens and galleries, this was their first joint installation.
Ennigaldi –Nanna was a Babylonian Princess, a High Priestess who served the moon god Sin, a daughter, sister, teacher, archaeologist and the world’s first museum curator.

Born Bel –Shalti- Nanna she became Ennigaldi – Nanna, an old Sumerian name meaning ‘The Priestess, the Desire Of The Moon Goddess’ – on her initiation as High Priestess.

A hugely powerful and unusual woman, very little was known of her until the 19th century when the archaeologist Leonard Wooley excavated Babylon.

Still little known outside the archaeological world she remains an enigma.

Her date of birth and death are unknown and there are no portraits or descriptions. Unusually there exist no writings in her name, nor any mention of her by her huge retinue of clerical servants, and unlike other High Priestesses no descriptions of her initiation, nor stone images of rituals or figurines, no copy of her private seal, nor any correspondence.

The little we do know is from inscriptions by her father King Nabonidus and the excavation of her quarters by Sir Leonard Wooley.
Ennigaldi and her long lost world are intangible and mysterious.

This excerpt records the finding of her museum in the 1920’s by Sir Leonard Wooley.

‘Here were half a dozen diverse objects lying on a 6th century unbroken pavement yet the newest of them was 700 years older than the pavement and the earliest perhaps sixteen hundred years….

Then we found the key. A little way apart lay a small drum shaped object on which there were four columns of writing. These it says are copies from bricks found in the ruin of Ur, the work of Amar-Sin, King of Ur…..
The room was a museum of local antiquities maintained by the Princess Ennigaldi-Nanna’

The exhibition aimed to bring her out of the shadows by offering work that referenced her world and paid homage to a woman who should be more widely acclaimed and recognised as the world’s first Museum Curator. 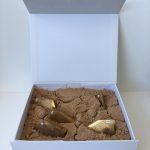 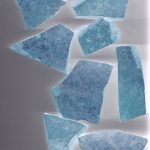 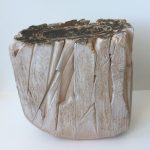 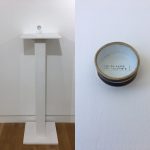